Lia Little, R.N. poses for a photograph in one of the classrooms at Oikos University, Thursday, March 28, 2013 in Oakland, Calif. Little, who teaches at the nursing school, was not present when former student One Goh burst into the school last April 2nd and shot and killed seven nursing candidates, but she knew both the shooter and his victims, and now fills in as the school's secretary in place of the woman who was killed that day. (D. Ross Cameron/Staff) 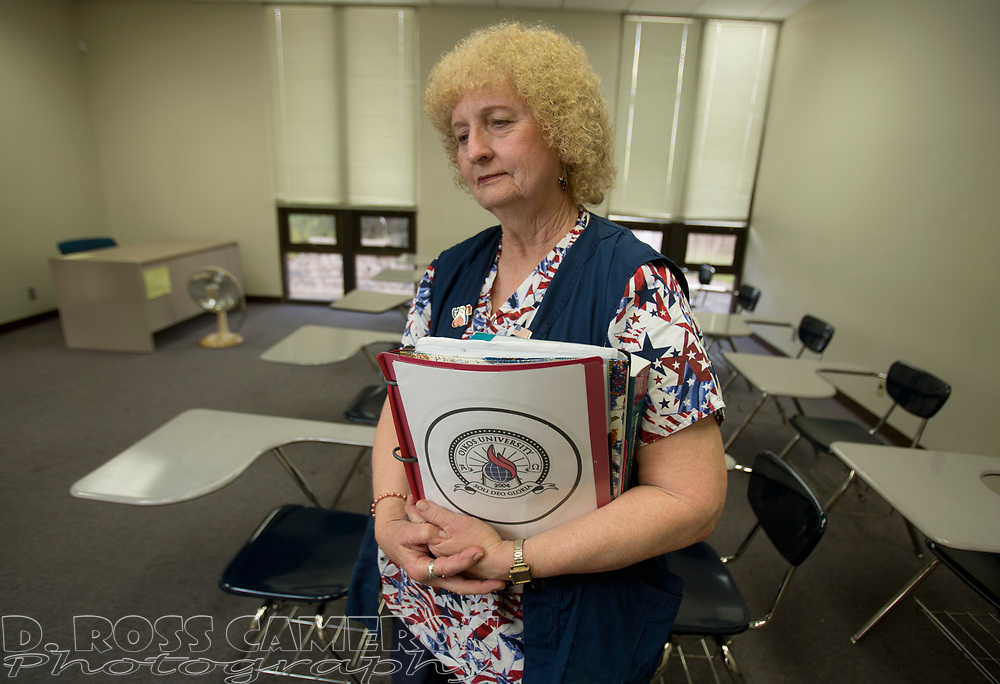